Well, the first week of this year's Brighton Festival is over, and what a great week it's been.  Here are my thoughts on the first part of the week's events that I attended.

The week began for me with a bit of an experiment - and that is one of the joys of the festival, trying out new things.  So as modern jazz is one area of music unfamiliar to me, I decided to try out a lunchtime concert (Saturday 4 May, Studio Theatre) with saxophonist Marius Neset and his band.  Neset hails from Norway, and has been described as the most talented Norwegian saxophonist since Jan Garbarek.  Now I know some Garbarek, of course from the seminal project with the Hilliard Ensemble, but also from hearing him live in Brighton some years ago.  From that limited experience, I found Neset much more 'high energy', and the band (Anton Eger, drums, Petter Eldh, bass and Ivo Neame, piano) were incredibly tight.  This was a great concert, mostly tracks from his new and second album, Birds - although I have to confess that I spent the whole concert thinking that 'Bert's', as I heard it, was a funny title for an album!  My favourite track was a more lyrical piece, called Portuguese Windmill (which again I 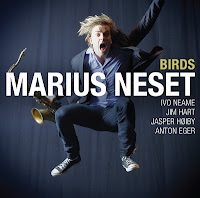 misheard as Portuguese Woman!), but the more 'violent' (as Neset described it) Boxer was also a highpoint.  And interesting to see a totally different demographic at a lunchtime festival concert - clearly the Brighton jazz scene were out in force, and very appreciative of the young performers, as was I.  So, this year's first experiment for me scored a big tick! 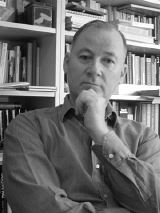 Just an hour later, I was back in the Studio Theatre (formerly the Pavilion Theatre) for another experiment - this time a book reading.  The book in question was 'Fanny and Stella', which tells the true story of a remarkable sub-culture of cross-dressing amongst gay men in Victorian England, and the cause célèbre that Fanny Park and Stella Boulton's trial became.  The author, Neil McKenna began by talking about some of the context for this.  He managed to be very entertaining at the same time as raising some quite political issues about how gay history is portrayed and perceived.  I was particularly interested in his argument that conventionally, gay people in the past are portrayed solely as victims of oppression and as sad or tormented characters.  Whilst he in no way said that oppression did not occur, as the trial described in his book shows, 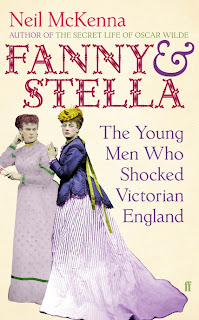 he also pointed out that here was an example of gay men being who they wanted to be, and living in longstanding relationships, even supported by their families.  He then proceeded to read a chapter from the book, which focused on Miss Ann Empson, who ran a boarding house where Lord Arthur Pelham-Clinton took rooms.  Lord Arthur was Stella's husband, and Miss Empson appeared in the trial giving evidence about the visitors to Lord Arthur's rooms, and of cross-dressing that occurred there.  McKenna describes the woman's prurient prejudice, mixed with her obvious delight at being central to the trial, as well as her obvious fondness for a tipple, with great humour.  I've bought the book, and am looking forward to reading more about this incredible story.  An important piece in the jigsaw of gay history which deserves to be told.


The following day was a highly anticipated recital by the great pianist Paul Lewis (Sunday 5 May, Glyndebourne).  He performed the final three of Schubert's Piano Sonatas, two in the first half (D958 in C minor and D959 in A major) followed by the final B flat major Sonata (D960) in the second half.  I found this a rather curious experience, and am coming to the conclusion that Glyndebourne Opera House is just not an ideal venue for a piano recital, particularly for such intimate and intense repertoire such as this.  Paul Lewis' playing was faultless, and his focus was not in question - no preamble or nervous adjusting of the piano stool, just straight on stage and immediately into the turbulent opening bars of the C minor Sonata.  Unfortunately, his performance of this Sonata was marred by persistent coughing, particularly from one audience member close to Lewis on the front row - so much so that he clearly complained when he left the stage after this first Sonata, as an announcer came on stage to request that people refrain from coughing for the remainder of the concert.  Miraculously, people largely managed to do this from then on, which just shows that it is possible to sit through a concert without having to constantly cough and splutter if one really tries.  However, the tension this caused, combined with Lewis' rather aloof stage presence, meant that as a concert experience, this never quite won me over.  The playing was  unquestionably excellent (although I missed the first movement repeats, particularly in the final Sonata, which has a significant first time bar), and the slow movement of the B flat major was particularly beautiful.  Ultimately, I think Paul Lewis' communication and focus was with Schubert and the music, which is fine, but I'm not sure we as the audience were made entirely welcome.

In contrast, the very next day (Monday 6 May), I was back in the Studio Theatre for another piano recital, this time by the young Romanian pianist Alexandra Silocea.  She played an imaginative programme, themed around reflections of water, with music by Debussy, Ravel and Liszt.  Now this repertoire is perhaps more extrovert than the Schubert, but immediately I felt a sense that Silocea wanted to communicate the music to us, audience.  Again, the venue was on her side - a small audience, with nobody more than about 10 rows away from her.  The playing was also exceptional - perhaps with the first Debussy piece, Reflets dans l'eau, there was a touch of nervousness, but once in her stride, the rippling rhythms and liquid harmonies 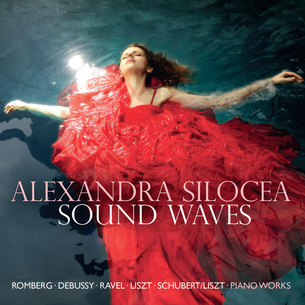 were delightful, as was the humour in Poisson d'or.  Liszt's Variations on 'Weinen, klagen, sorgen, zargen' take the contained chromaticism of Bach's chorus and unleash it, and Silocea equally took flight in this virtuoso piece, yet returned to a beautiful joyous calm for the closing chorale setting.  The programme also included Ravel's incredibly difficult Jeux d'eau, and again, Silocea ably rose to its challenges.  Yet the most inspired bit of programming here was to end with two of Liszt's arrangements of Schubert songs - Der Müller und der Bach from Die schöne Müllerin, and Auf dem Wasser zu singen.  Liszt still manages to find virtuosity here, but Schubert's touching beauty speaks through, and Silocea communicated this perfectly.  Overall, I enjoyed this recital way more than the previous day's - a recital must surely be about communication with the audience, and even if the venue and repertoire assist, the performer still needs to want to engage.  Her latest album, Sound Waves, includes most of the repertoire she performed here, out on 13 May 2013. 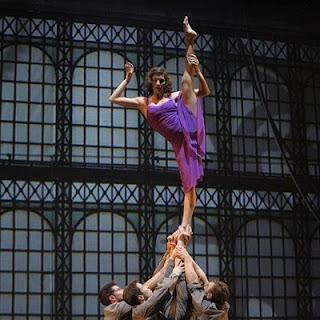 To finish off the day, it was over to the Dome for Cirque Éloize's fantasy circus piece, Cirkopolis.  Inspired by Kafka, Terry Gilliam's Brazil and Fritz Lang's Metropolis, using film production and a stark industrial set, the twelve performers explored the fantasy world of a man trapped in the machine who dreamed of dance and of a beautiful woman.  There is juggling, ring work, aerial acrobatics, amazing feats of balance and strength, and more - and at the end of the day, colour wins out, even when the central character returns to his desk.  At times beautiful, poignant and touching, this ultimately was a surprisingly life-affirming show.  I attended a matinée performance, full of families and children, and I wondered if the dark, frightening setting would appeal to young children - but judging by the audience response, they loved it just as much as I did!